Join Us for a JadedAid Play Party! 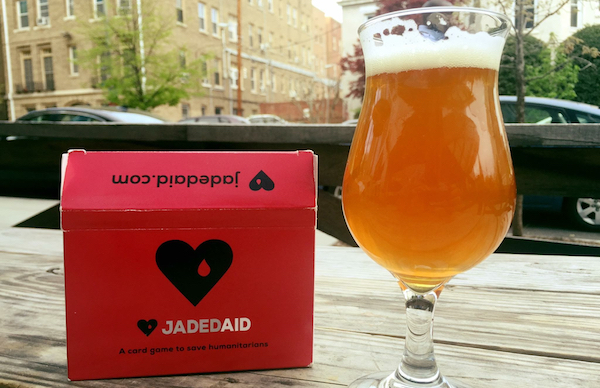 Please RSVP now to join your friends in international development for a very special JadedAid Play Party in Washington, DC, on July 13th.

JadedAid co-founder Wayan Vota, will be on hand to announce the winning Amazon.com review – add yours now to be in the running for a free JadedAid T-shirt.

We’ll also be making a surprise JadedAid announcement. We can’t say much just yet, but it will be Big News – even better than a USAID rejection letter – and those present could win a brand new JadedAid card game.

Be sure to RSVP now to drink and play JadedAid on July 13th. The first to arrive will get a free drink and everyone will be in on a cool secret.