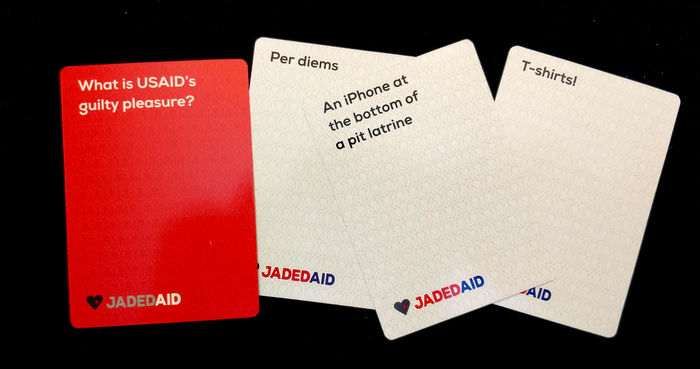 Way back in March 2015, when we developed the very first set of JadedAid question cards, my favorite was “What is USAID’s secret pleasure?”

For me it captures both the reality that federal employees have to be very formal in their external communications and almost uptight in public situations, and yet they are humans too, with all the vices that any other human has. Hence the duality that the card evokes.

And so we have many good answer cards for that question. My favorite pairings include:

Answering with per diems is almost too easy. We all know how the foreign per diem rates from the US State Department assume a standard of living that is way more luxurious than any of us would dare to live in sight of our AOTR, COTR, or other reimbursement approving officer at USAID or our own institutions. Hence we all come back form work trips with extra pay that we spend on frivolous things.

I do have to admit that T-shirts! is my new favorite answer card for “What is USAID’s secret pleasure?” It is so simple and so true. You know you’ve been to that training session, school opening, or award celebration where everyone is wearing the obligatory project t-shirt. Usually the locals look rather sporty in them, while the foreigners just look embarrassed. 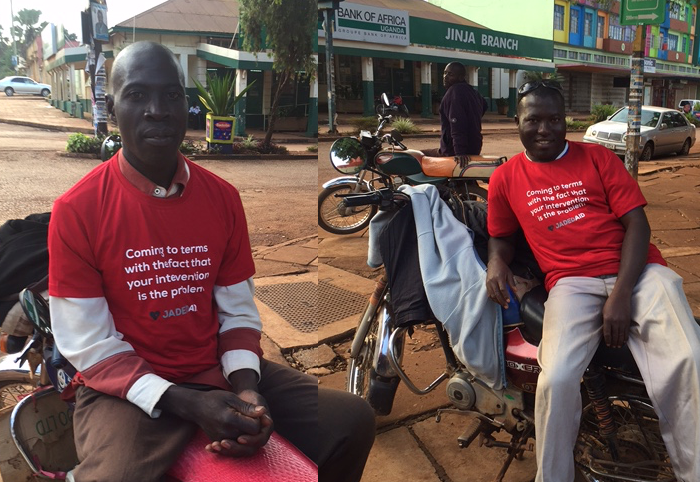